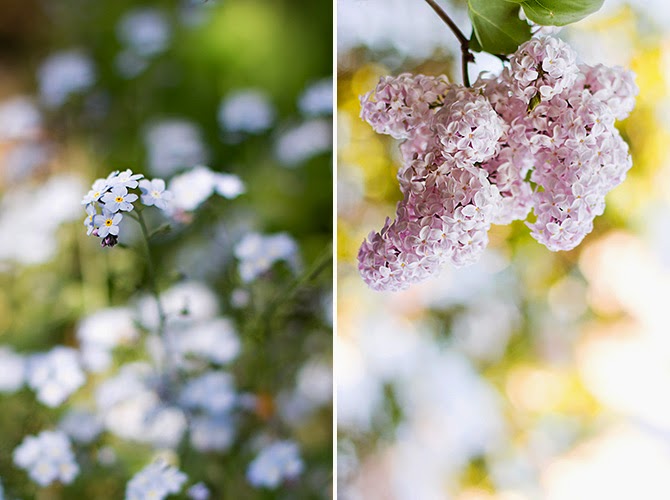 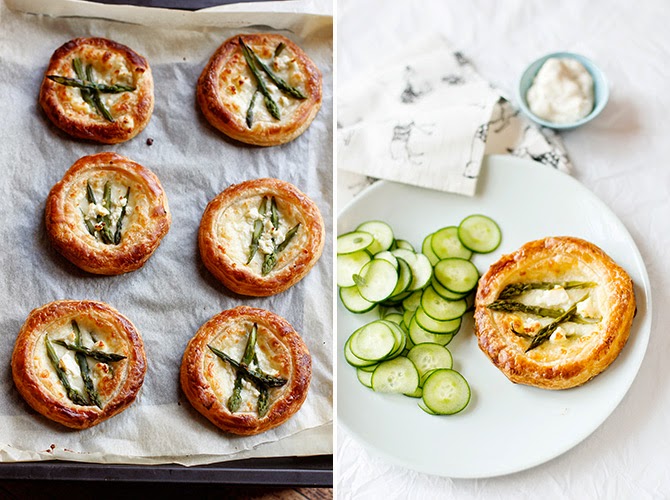 I've been growing asparagus for a few years now and they seem to be producing more and more stalks every year. This year I even had to throw a kilo or two of stalks in the bin because if you do not keep an eye on them, I mean really keep an eye on them all day long, they will surprise you by shooting off into outer space just like that.

When the season begins to approach I usually check for stalks once a day before lunch. Until now this has been sufficient. But this spring it clearly wasn't. Stalks that would look tiny (about 6cm) in the evening or noon, would stun me with their 70cm growth the next morning!

And of course once the season draws to an end and you've eaten quite a bit of asparagus, you might just get a bit lazy too and let them run wild... 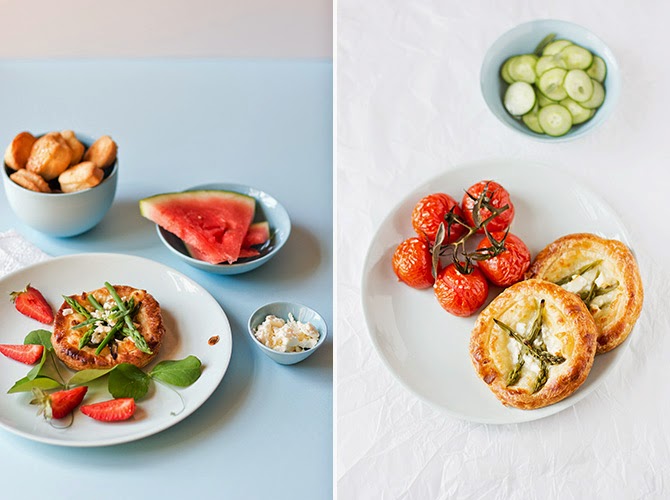 First, either steam the asparagus spears for 3 minutes or put them into a bowl and just pour some boiling water from the kettle and let them blanch for a minute or so. This only works with fresh asparagus. When using store bought, should add a couple more minutes to the steaming time.
Drain asparagus and toss with some lemon juice.

Mix together cream cheese and grated cheese. Season with a pinch of pepper. Salt shouldn't be neccessary as the cheese is salty enough.

Roll out the pastry and cut into eight squares or disks. Score the pastry around the edges to create a 1cm border.
Divide the Cheddar mixture between the eight pastry pieces. Add nicely trimmed asparagus spears.
Brush edges with egg and milk mixture. Crumble feta and sprinkle on top.


Serve with a salad of your choice.
Posted by zappie
Email ThisBlogThis!Share to TwitterShare to FacebookShare to Pinterest
Labels: asparagus