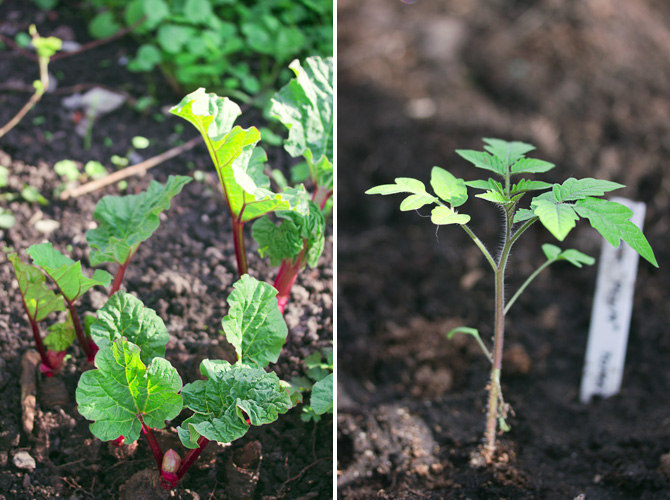 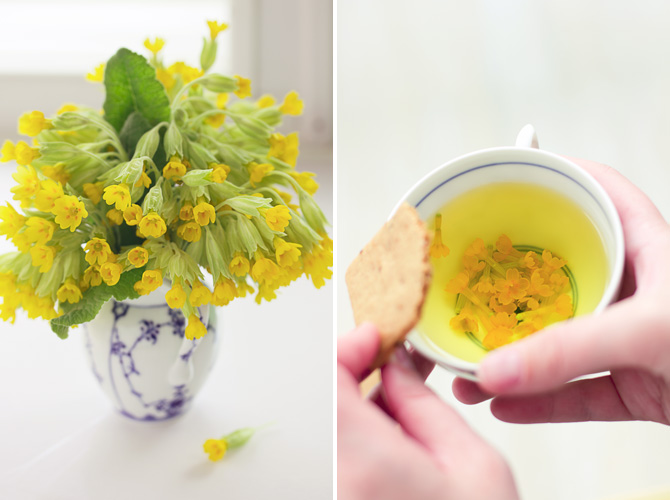 Cowslip. Picked on the 10th of May. I like to eat them fresh. Just reach out and pluck their yellow flowers from the sockets and chew. Or you could turn it into a tisane, either fresh or dried. 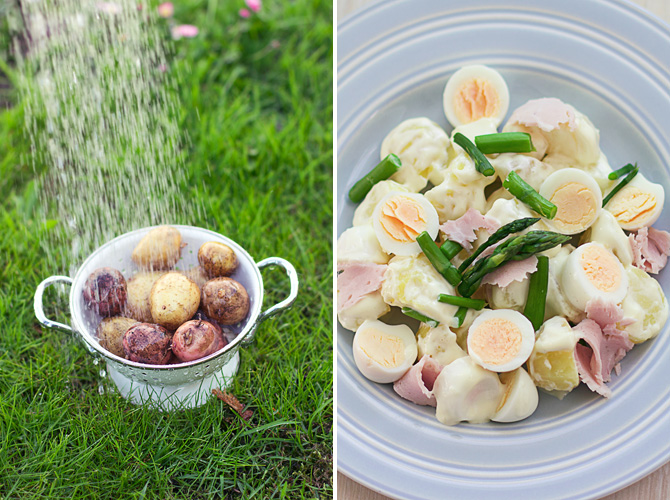 On Mother's Day, I harvested the first ever asparagus stalks from my garden. Just three plants right now but I'll be adding some more later this year. A different variety that I grew from seed. Will see how that works out. Also dug up some fresh potatoes and a simple salad was born.

Some people were surprised about the potatoes but revealing the secret, those were the small midget potatoes from last autumn that were too tiny to pick, you know the spuds that are as big as a beetle, every crop has some and you're bound to leave them behind as they are just too small. While cultivating the field in spring, these babies are likely to surface, about the size of a plum. 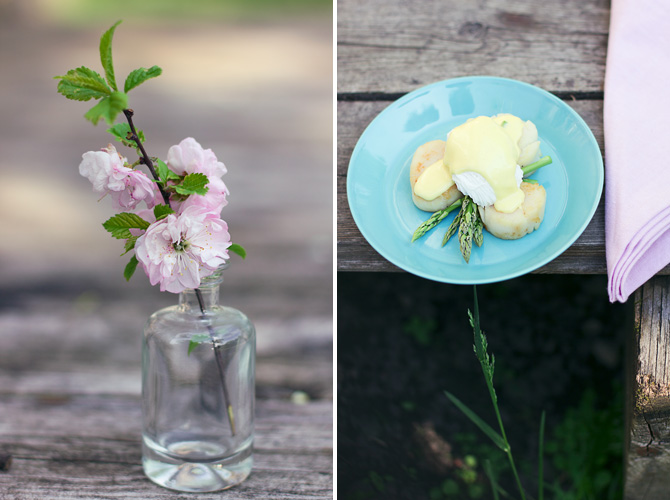 A week later, and another bunch of asparagus. This time with scallops, poached egg and cheat's Hollandaise.

The plants are just a few years old at the moment but as they get older the crop will increase. Right now I can get a handful every week from the middle of May till the middle of June.
The taste of homegrown asparagus is something else, I expected to feel a difference but it still took me by surprise!

I prefer to steam or grill my asparagus. For these fresh slender stalks, 4 to 5 minutes in the steaming basket will be enough. Then sprinkle with salt, pepper and some lemon juice.
Poached the egg for five minutes which was just enough to leave the yolk runny and silky. Sautéed the scallops in butter over a medium-low heat. Poured the sauce over and done! The sauce will keep for a week in the fridge, covered. Just reheat.


Some weeks ago we happened to travel in the same lift as Mrs. President. She was alone. There were four of us. Of course we all pretended as if we didn't recognise her at all.
Here, we are so well behaved that we would never dream of putting other people, no matter how famous or significant, in an embarrassing situation by blurting out clumsy, however well-meant, slightly awkward compliments. Instead, we will go out of our way to act as if we do not know who they are or pretend we plain just do not see them. It's perfectly normal. And can seem right funny sometimes! :D


Although Eric Ripert uses a whopping 282g (!) of butter in his version of blender Hollandaise, I find 80g to be perfectly fine in most cases. Do try it for yourself, of course.

The process is very simple. Throw egg yolks, mustard and lemon juice into a blender, cover and combine. Meanwhile heat butter in a microwave until steaming hot. With the blender running, pour hot butter into the blender in a steady thin stream. It will be pale and creamy in seconds. Then taste and season accordingly.
Posted by zappie
Email ThisBlogThis!Share to TwitterShare to FacebookShare to Pinterest
Labels: asparagus